too much income tax?

Contact the No 1 Tax Lawyer now to stop paying taxes and solve
your problems with the Spanish Tax Authorities.

DEFEND ME FROM THE SPANISH TAX AUTHORITIES >>

DEFEND ME FROM THE SPANISH TAX AUTHORITIES >>

John Maynard Keynes was a sensational man with whom I can’t help identify. To each one their own feelings.

I discovered Mr. Keynes in 2004 by two of his works, “The Economic Consequences of the Peace” and “The General Theory of Employment, Interest and Money”, as well as for the continuous references that other authors made to him.

How do I resemble Keynes?

My illusion in 2004 was to become an investment banker; in 2006, I realized, reading Hayek and Milton Friedman, and the Financial Times, that the worst financial crisis from the crash of 29 was coming and that the closest thing I could aspire to become was a Tax Lawyer.

So I replaced my determined illusion of being an investment banker with the firm idea of being the best tax lawyer in history.

But my similarities with John Maynard Keynes do not end here.

Was Keynes a liberal or a socialist economist? From the left or the right?

Well, neither one nor the other.

Keynes, in my opinion, was not even an economist; at least not like the rest of the economists of his time. Statistics estimates were not his thing, neither were mathematical formulas, although he also used mathematical language to gain credibility, forced by the prevailing ideas on scientific rigour of his time.

✅ Keynes proposed a Keynesian model with a series of measures that worked for many decades and were applied by politicians – liberal, conservative and socialist – but Keynes was none of the three.

I say that I feel left-wing, among other reasons, because I am not an ultra-Catholic conservative, and for me it has always been left-wing, always humanist, someone who does not believe unquestioningly that a spirit got a virgin pregnant in the Middle East 2020 years ago, and that child, son of the only true God died, executed by the Romans for our eternal salvation; unless, for example, I get divorced, have sex with another man, do not go to Mass on Sundays, eat meat on certain dates, use condoms, or do not confess that I feel guilty to a man in a dark box whose face I cannot see.

Humanism, according to Harari, has three angles: socialism, liberalism and nationalism.

Keynes didn’t exclusively embrace any of the three, and neither do I.

And especially both Keynes and I agree on the inoperability of monetary policy to reverse the economic cycle and to generate employment and wealth.

Both Keynes and I, Alvaro Saez, rely on broad fiscal policies.

The QE “Quantitative Easing” will only cause the Japanisation of the world economy, the widening of the gap between rich and poor, and a boring very low middle growth, with more moderate ups-and-downs.

Fiscal policies are what can bring Spain out of the crisis. They can reduce the gap between rich and poor, and accomplish our desire for equal opportunities for all.

If it were not for Keynesian policy and model, the grandson of a Laciana miner, son of a red exiled after the Civil War, there could be no new Keynes, so my commitment to equal opportunities is undisputed.

But Keynes’s ideas, like mine, as they are a series of practical guides to achieving prosperity in a particular reality, are not creeds, they do not work forever.

Christianity, liberalism, socialism and nationalism, as religions, are very abstract and can be applied to many different realities, though with unpredictable results.

Ideologies work with analogies and analogies aren’t scientific at all.

“God blessed them and said to them, ‘Be fruitful and increase in number; fill the earth and subdue it. Rule over the fish in the sea and the birds in the sky and over every living creature that moves on the ground.’”

And using condoms prevents fertility, so Catholics should not use condoms.

In 1930 there was no Internet or computers, but as liberalism says:

“For there to be progress, there has to be competition.”

Then we imposed fines on Microsoft and Google for monopolistic practices.

In 1960 there was no global warming derived from uncontrolled consumerism of the working masses, but as socialism says:

So, we raise taxes from the wealth of both rich and poor, we disincentivize savings and investment, and consumption continues contaminating in a unbridled manner.

My map is based on observation of the territory, I do not try to force the territory on my map into a framework. This has a con; once I die, the world will keep changing, but I will not be able to continue updating my map.

✅ If my ideas were religious dogmas, anyone could make an absurd analogy and they would still be valid.

Keynes’ ideas or mine generate results, but only as long as reality doesn’t change too much.

What has changed since the Keynesian model was formulated?

I answer in the Galician style: “What has not changed?”

Keynes developed his theories at a time when industrial society and the nation states were fully established.

Alvaro Saez -that’s my name- has developed his theories at a time when industrial society is disappearing to be replaced by a new model: “the Digital Society”.

In addition, today the world is globalised and the humanist creed in its three versions has replaced the religious beliefs of the previous agricultural society.

My ideas follow the Keynesian model, but they can’t be Keynes’s ideas, the way I share them with others can’t be the same either. In the time of Facebook, Google, Amazon and Apple, I cannot communicate as Mr. Keynes did 100 years ago, I do not need to make mathematical formulas, but with SEO and RRSS instead.

To reach you, to reach everyone and make this world globalised, digital and humanist, a better world for you and for all, a more prosperous world, I have written a book that you can buy on Amazon 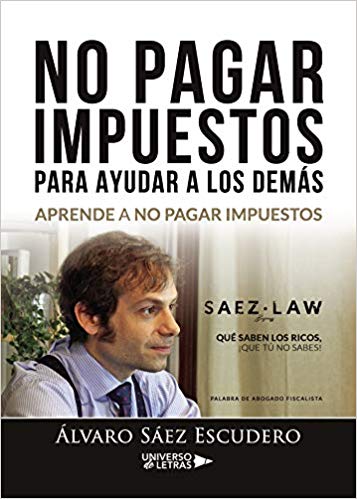 ✅ The fundamental idea is that if we want to get out of the crisis, if we want a more prosperous, more egalitarian and a better world for all, we must expand public expense.

To expand public expense we need to collect more Taxes, and to do so, we must not pay taxes on wealth, capital, or investments.

The problem with this idea, just like Keynes’s in its day, is that it will only work for a few decades and then the same prosperity that has been generated will bring new realities and new problems for which the solution will be another idea, not mine.

Keynes’ ideas broke with the liberal and political status quo of his time, but they worked.

My ideas break with the liberal and political status quo of my time, but they work.

Besides, I’ve done something that Keynes didn’t; I’ve reduced my ideas to a tangible reality—your reality.

Robert Kiyosaki was the descendant of the entrepreneurial Keynesian model, 50 years later.

Regardless whether or not politicians accept my ideas, any entrepreneur, especially digital and global, can apply my ideas, earn money, boost prosperity, generate employment and wealth, and not pay Taxes on their capital.

Liberalism is a creed that does not answer all the prosperity problems of humankind. Keynes is dead, so I can only say: Long live SAEZ.LAW and its Keynesian model (Saezian doesn’t sound as good, 😉)!